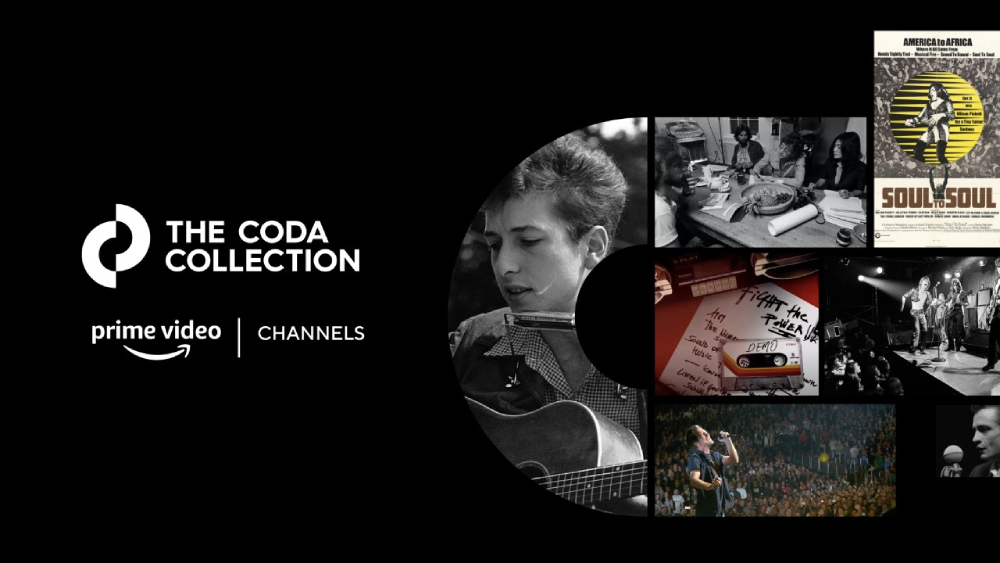 We at Reelin’ In The Years Productions are very honored to be working on this groundbreaking music video channel to be available exclusively on Amazon Prime next month.

In 2018, I was approached by John McDermott of Experience Hendrix, one of the principal owners of The Coda Collection. Because of my close relationship with them and the fact that we have the largest archive of music footage in the world, they wanted Reelin’ In The Years Productions to be heavily involved.

At present they have licensed many concerts and programs from our archive, including our GRAMMY® Nominated American Folk Blues Festival 1962-1966 series (co-produced by John and Experience Hendrix back in 2003). This and other titles will be available on their platform The Coda Collection exclusively on Amazon Prime starting February 18th.

Along with Reelin’ In The Years Productions, other major music and media companies involved in this project are Sony Music Entertainment, Yoko Ono & the Estate of John Lennon, Warner Music’s Rhino Entertainment, Concord Music, and Mercury Studios (Universal Music Group).

As a rights holder and a representative of many unique archives across the globe, it has always frustrated me to see how YouTube has allowed bootleg versions of concerts and TV appearances by music’s greatest artists to be readily available to millions of viewers with no compensation to the rights holders. What I truly appreciate most about the way The Coda Collection has approached this music video channel is their respect for the artists and the footage rights holders. They have been fair and equitable in negotiating reasonable licensing rates up front for this type of use.

For the last 6 months we have been working closely with them to curate items from our archive to be featured on the Feb.18th launch. We have many more titles that are in the clearance phase and even more that are in development. Since DVD is, for all intents and purposes, now a dead market, this platform allows us to share our unique content with the music-loving public in a fair and equitable way—a way which not only benefits my company and clients, but which will revolutionize the way music video is consumed.