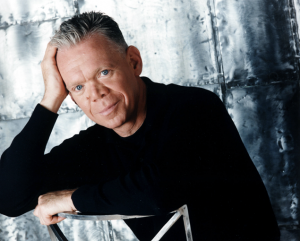 Reelin’ In The Years Productions, the world’s premier source for footage of musical artists, entertainers and history makers has announced an exclusive representation deal with The Brian Linehan Charitable Foundation. The agreement makes more than 1,000 hours of filmed interviews conducted by Brian Linehan, Canada’s most beloved and respected interviewer of actors and directors, available for licensing for the first time.

For over twenty-five years, beginning in 1973, Brian Linehan interviewed the most celebrated and influential stars and creative personalities in the American and Canadian film industries. The programs he hosted, City Lights and Linehan, were broadcast across Canada and have not been seen since they first aired. Linehan, a stylish and gifted broadcaster, meticulously did all his own research and that, coupled with his vast knowledge of and passion for film and filmmaking, put him in a class by himself.

Linehan interviewed many of the most important figures in film dating back to the golden era of Hollywood. Award-winning directors such as Steven Spielberg, George Cukor, Martin Scorsese, John Hughes, Elia Kazan, James Cameron, David Lynch, Oliver Stone, Tim Burton, and Woody Allen all sat for in-depth interviews with Brian covering not only their latest project but also other important films from their respective careers.

Linehan’s unique interview style won him fans around the world. Shirley MacLaine, a personal friend, once observed that actors looked forward to being interviewed by Linehan “so that Brian can tell us about our lives.” Today, Linehan’s affection, admiration and respect for actors is reflected today by the Brian Linehan Charitable Foundation, directed by another personal friend of his, film and television producer Michael A. Levine. 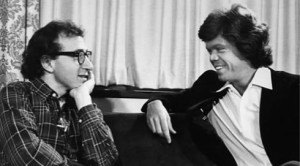 “Brian left his entire estate to The Brian Linehan Charitable Foundation to provide training, work opportunities and promotion for young actors of exceptional talent,” says Levine. “All income of his trust will be donated to not-for-profit institutions to develop great acting talent. In the decade since his death, recipients of the Foundation’s support have included extraordinary young actors affiliated with the Canadian Film Centre, The National Screen Institute of Canada, the Stratford Shakespearean Festival and the Toronto International Film Festival, which, since Brian’s passing, has preserved and housed Brian’s personal archive and tape library. When Brian Linehan passed away so young, we were determined to use his Estate for the causes to which he was committed and to preserve his memory and his work for future generations. Having explored options for over a decade, we were thrilled to meet Reelin’ In The Years Productions. We feel confident that with their skill and their passion, we will achieve both objectives.”
Commenting on the Brian Linehan Charitable Foundation archive, Reelin’ In The Years founder and president David Peck stated, “Representing this prestigious archive is truly a great honor. Taken as a whole, the archive is a virtual history of 60 years of film. What makes this archive so unique and refreshing is that while many interviewers focused on the cult of celebrity, Brian was strictly interested in what goes into making a great film. Actors reveal important insights into their craft and directors speak about the creative process of their work, thereby providing great insight.”

For more than two decades, Reelin’ In The Years Productions has been recognized as a world leader in music footage with an archive of over 20,000 hours spanning 90 years. Now, with their representation of the Brian Linehan Charitable Foundation’s Archive, The Sir David Frost Archive, The Merv Griffin Show, The Rona Barrett Archive and numerous other extensive libraries, Reelin’ In The Years can license over 5,000 hours of in-depth interviews with the 20th century’s icons of film and television, politics, music, comedy, literature, art, science, fashion and sports, filmed between 1962-2012. The archive is searchable at www.reelinintheyears.com